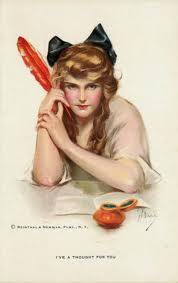 My first writer's interview was posted March 9, 2012 on Underneath the Juniper Tree. Click the link below. And thanks!

My website: http://www.wix.com/cha919/dawnpisturino
Posted by Dawn Pisturino at 4:09 PM No comments: 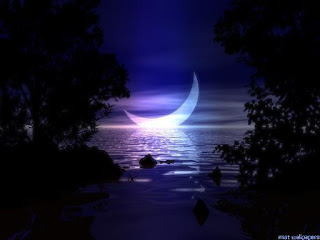 A Story of Sibling Rivalry and Domestic Violence Based on a Traditional Cuban Folktale
﻿
A long time ago, Sun and Moon lived in a deep, dark cave on an island in the Caribbean Sea.
Sun could not bear to live in such claustrophobic quarters. Day and night he paced the floor, grumbling and complaining, until one morning he said to Moon:
“Sister, this cave is too small, and our light is too bright. It’s blinding both of us! You’re smaller and weaker than I am. You must leave and find a new home.”
“Me!” Moon retorted, stamping her tiny silver feet. “This cave belongs to both of us. Since you’re so unhappy, you move out!”
Sun said no more. He paced back and forth, wringing his hands until they were raw. Glimpsing his reflection in the mirror he shrieked, “Look what you’ve done to me! My face is breaking out with sunspots!”
“What do I care,” Moon responded. “I’m not leaving, and that’s final.”
Enraged, Sun loomed over Moon, his face growing redder and hotter until bright orange flames shot from his fingers and toes and the ends of his hair.
“Stop it, Sun!” Moon cried, shielding her face with her arms. “You’re scorching me with your hot flares!”
Moon waxed and waned with terror, moaning in pain, until Sun grabbed her silver locks and threw her out of the cave. “And never come back again!” he roared.
Leaning against a banana tree, Moon wept until her full, shiny face shrank to a thin silver crescent.
Air, grieved by Moon’s distress, wrapped the pale, weak maiden in her arms and carried her into the sky above. “You’ll be safe here,” she reassured Moon. “The stars won’t mind sharing a little space with you.”
But Moon, ashamed of her scorched face, hid behind a passing cloud.
The stars welcomed Moon and tried to make friends with her. Gradually, Moon’s scorched face healed, and she peered out from behind the cloud. She revealed more and more of her radiant face until it lit up the sky with soft, silvery light.
Sun burned with jealousy when he heard about his sister’s spacious new home. “I’ll show her!” he fumed; and leaped into the air.
Blanching with fear, Moon shielded her face from Sun’s blazing wrath and raced across the sky until she disappeared from view.
Sun proudly took her place, filling the sky with so much brilliant fire the stars covered their eyes and ran away.
One evening, feeling bereft, Sun left the sky to search the cave where he and Moon had once lived together. As he approached the entrance, Moon suddenly appeared. Overcome by remorse, Sun pleaded with her to return with him to the sky. “There’s plenty of room for both of us,” he said.
But Moon could not forget her brother’s bad behavior. “I hate you!” she shouted. “You’re nothing but a big bully! I could never live with you again!” And so saying, she leaped into the air, leaving Sun standing all alone at the mouth of the cave.
THE END
Copyright 2012 Dawn Pisturino. All Rights Reserved.
﻿
﻿

Posted by Dawn Pisturino at 8:04 PM No comments: