Nominated March of Dimes 2017 Nurse of the Year

I was honored that one of my co-workers recently nominated me for the March of Dimes 2017 Nurse of the Year award. Thank you, Jessica!

Posted by Dawn Pisturino at 11:37 PM No comments:

Email ThisBlogThis!Share to TwitterShare to FacebookShare to Pinterest
Labels: Dawn Pisturino, March of Dimes, Nurse of the Year, nursing

Utilitarianism and Kantianism: A Comparison


Utilitarianism and Kantianism: A Comparison


Classical utilitarianism originated with Jeremy Bentham in the 18th century.  He broke down utilitarianism into two basic principles: the consequentialist principle and the utility principle.
According to the consequentialist principle, “the rightness or wrongness of an act is determined by the goodness or badness of the results” (Pojman & Fieser, 2017).  An act should result in “the greatest good of the greatest number” (Frost, 1989).  He also believed that “good and bad . . . are determined by social factors” (Frost, 1989).  From this perspective, the end justifies the means.
The utility (hedonist) principle states that “the only thing that is good in itself is some specific type of state” (Pojman & Fieser, 2017).  A state is good if it provides more pleasure than pain.
Bentham devised a formula, called the hedonic calculus, which assigns hedons — units of happiness — to experiences (Pojman & Fieser, 2017).  The number of hedons determines whether the act is good or bad.
Bentham is known as an act-utilitarian.  He believed that “an act is right if and only if it results in as much good as any available alternative” (Pojman & Fieser, 2017).
John Stuart Mill, on the other hand, wanted to distinguish pleasure from sensualism.  He believed that “intellectual, aesthetic, and social enjoyments” (Pojman & Fieser, 2017) were more important for human happiness than lower pleasures such as food, drink, and sex.  Lower pleasures can lead to pain, whereas higher pleasures tend to provide more substantial, long-term benefit.
Mill was a rule-utilitarian who believed that “an act is right if and only if it is required by a rule that is itself or member of a set of rules whose acceptance would lead to greater utility for society than any available alternative” (Pojman & Fieser, 2017).

John Stuart Mill was also a Utopian in the sense that “he dreamed of a society in which the happiness and prosperity of all was certain, and in which all would share the wealth of the group” (Frost, 1989).  But he admitted that humans are complex creatures and “the factors which must be taken into consideration are so numerous that it is impossible for us to predict with any high degree of certainty” (Frost, 1989).
Humans need action-guiding rules to help them make choices that maximize the good for the greatest number and minimize suffering (Pojman & Fieser, 2017).  At the lowest level are simple commands such as “Don’t Kill.”  On the next level, the commandment can be modified to adapt to a changing situation: “Don’t Kill Unless . . .”
The remainder rule, as a last resort, says to use best judgment when two moral principles conflict (act utilitarianism) (Pojman & Fieser, 2017).
Modern philosopher Kai Nielsen is an act-utilitarian who added another dimension by concluding that human responsibilities include what they do and what they fail to do (negative responsibility) (Pojman & Fieser, 2017).


By contrast, Immanuel Kant believed that “by reason we can form an idea of this world, this universe” (Frost, 1989).  Humans need “an absolutely necessary Being, God, who is the cause of everything” (Frost, 1989) in order to perform good acts.  They must act “as if this kind of a
world existed” (Frost, 1989), whether real or not.  The moral law, for Kant, is derived from reason and shapes human values.  This is called rational intuition (Pojman & Fieser, 2017).
The phenomenal world, according to Kant, is based on experience (Frost, 1989).  The noumenal world is based on reason (Frost, 1989).  Reason leads to the practical experience.   In developing his overriding  doctrine of the categorical imperative, Kant commanded humans to “always act so that you can will the maxim or determining principle or your action to become universal law [the principle of the law of nature]; act so that you can will that everybody shall follow the principle of your action [the principle of autonomy]” (Frost, 1989).


While utilitarians were empiricists who considered the consequences of their actions to determine good and bad, Kant was an absolutist and rationalist who believed that a transcendental world could be detected through reason and intuition.  He believed that a higher power was necessary in order for humans to understand the moral laws that would guide their actions.  An inherent Good Will, accompanied by mental acuity and talents, was also necessary to ensure good acts that would influence universal law.
References

Posted by Dawn Pisturino at 2:44 PM No comments: 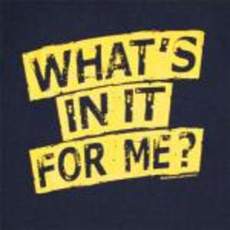