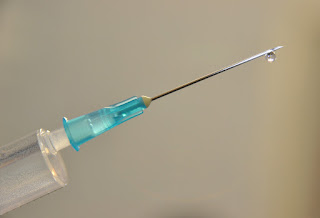 
Healthcare ethics deal with life and death situations which involve every member of the healthcare team.  But the patient is at the heart of healthcare ethics, and the rights, safety, and well-being of the patient must come first in all healthcare decisions.  It is not up to healthcare personnel to decide who will live and who will die.
Euthanasia and Healthcare Ethics: An Ethical Dilemma


The end-of-life debate has been fueled by the preponderance of chronic disease in modern society, quality of life issues, and the soaring cost of healthcare.  In most countries around the world, euthanasia and patient-assisted suicide are illegal.  Hippocrates himself said, “I will neither give a deadly drug to anybody if asked for it, nor will I make a suggestion to this effect” (Doukas, 1995).


In 1999, Dr. Jack Kevorkian was found guilty of second-degree murder by a Michigan jury in the death of Thomas Youk (Charatan, 1999).  Dr. Kevorkian had administered a lethal dose of
medication to Youk, who was suffering from ALS (amyotrophic lateral sclerosis).  He could not prove that Youk had asked him to end his life.

The Hemlock Society, a proponent of physician-assisted suicide, condemned the verdict (Charatan, 1999).  But many organizations devoted to disability rights applauded Dr. Kevorkian’s conviction, claiming that euthanasia is a threat to people with disabilities (Charatan, 1999).  The American Medical Association issued a statement by Dr. Nancy W. Dickey, who was president at the time: “Patients in America can be relieved that the guilty verdict against Dr. Jack Kevorkian helps protect them from those who would take their lives prematurely” (Charatan, 1999).
John Roberts, North American editor of the British Medical Journal, labeled Dr. Jack Kevorkian “a medical hero.”  He considered Kevorkian an honest man who was acting according to his personal moral principles (Roberts & Kjellstrand, 1996).  Still, most physicians want to be perceived by the public as healers – not death dealers (Doukas, 1995).


In 2002, the Netherlands passed the Dutch Euthanasia Act, sparking a world-wide debate on end-of-life issues (Van der Heide, 2007).
Euthanasia, as defined in the Netherlands, is “death resulting from medication that is administered by a physician with the explicit request of the patient” (Van der Heide, 2007).  In physician-assisted suicide, the physician prescribes the medication and the patient administers it himself, leading to death.  In both cases, the physician is legally protected by the Dutch Euthanasia Act for ending life “at the request of a patient who was suffering unbearably without hope of relief” (Van der Heide, 2007).
Before making a decision, physicians are required to discuss euthanasia and physician-assisted suicide with the terminally-ill patient and his relatives.  If there is any question about the ethical nature of the decision, physicians may discuss the matter with colleagues.  In 2005, in the Netherlands, 73.9% of all patient-requested deaths were the result of neuromuscular relaxants or barbituates; 16.2% were the result of opioids (Van der Heide, 2007).


Physicians are not the only healthcare workers faced with ethical dilemmas.  Nurses also find themselves in situations where they must apply ethical principles.
The Charge Nurse at a local hospital wanted to open up a patient bed in order to admit a patient from the emergency room.  She asked this author – the patient’s nurse – to give a dose of intravenous morphine to a patient who was dying of end-stage kidney disease.  Legally, the patient was a “Do Not Resuscitate.”  The family was at the bedside.
“Ethical dilemmas often provoke powerful emotions and strong personal opinions; however, emotions and opinions alone are not a satisfactory way of resolving ethical dilemmas” (Lo, 2013).   Faced with an ethical dilemma of tantamount importance, this nurse had only a short time in which to make the right decision.
The first thing to consider was the law and the legal ramifications of any decision made in this situation (Pojman & Fieser, 2017).  How would the decision affect the Charge Nurse and the patient’s nurse?  Would we be held legally liable if the patient died after receiving an extra dose of morphine?  Would we lose our nursing licenses?  Would the family sue?  Would we lose our jobs?  Euthanasia in Arizona is against the law.
Secondly, would the patient want to be given an extra dose of morphine?  A “Do Not Resuscitate” status merely indicates that the patient does not want to be revived if the heart stops beating or respirations cease.  It is not a request for euthanasia.  Would it violate the patient’s personal or religious beliefs to administer an extra dose of morphine?  Would it violate her core ethics?  Would it take away her right of self-determination and autonomy (Pojman & Fieser, 2017)?
Thirdly, to go into the patient’s room and administer an injection of morphine without just cause would violate the culture and ethics of the hospital, the doctor, and most of the nursing staff (Pojman & Fieser, 2017).  It would look suspicious to the family.  They would question what this nurse was doing.  It would place this nurse in an uncomfortable situation.
The ethical dilemma posed here is this: should the patient’s nurse do what the Charge Nurse requested or refuse?  In order to make a rational and ethical decision, the patient’s nurse must first analyze the situation.  According to Pojman and Fieser, “most ethical analysis falls into one or more of the following domains: (1) action, (2) consequences, (3) character traits, and (4) motives.”


If the patient was in pain and needed the medication, giving the morphine would be the right action because it eased the patient’s pain.  If the patient died as a result, there would be no legal or professional consequences because there is no way to predict if that particular injection will cause the patient to stop breathing.  The morphine was given according to medical guidelines ordered by the physician.  If the patient was not in pain and the extra injection of morphine caused the patient to stop breathing, it could raise ethical and legal issues for the nurse who administered the medication.  Those issues would most likely be raised by the family, if they were concerned.


The Charge Nurse was more concerned about opening up a patient bed than respecting the rights of the patient who was dying.  It seems callous, malevolent, and unfeeling.  The patient’s nurse must examine her own feelings and attitudes and decide if the Charge Nurse was right or wrong in her request.


Patients and their families have the final say in what happens to terminally-ill patients.  It is not up to healthcare personnel to make decisions about end-of-life care for a patient.  This will be particularly true if euthanasia and patient-assisted suicide ever become legal on a widespread scale.  The medical community, in line with its own ethical principles, must respect the right of self-determination and autonomy of terminally-ill patients.


under the euthanasia act. New England Journal of Medicine, 356 (19), 1957-1965.
Dawn Pisturino
April 2017
Ethics 151
Mohave Community College
Kingman, Arizona
Copyright 2017 Dawn Pisturino. All Rights Reserved.
(The formatting for this paper did not come out quite right online. My apologies.)


Posted by Dawn Pisturino at 12:03 PM No comments: