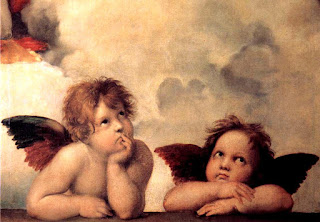 Abstract
After centuries of debate, many modern philosophers have concluded that both virtue ethics (character) and virtue theory (action) are inadequate on their own merits.  They must compromise and support one another.
Virtue Ethics and Virtue Theory: Strengths and Weaknesses
While utilitarians emphasize the consequences of actions that promote the most good, and deontologists like Kant point to rules and duties, virtue ethicists hold up moral character as the highest form of normative ethics (Hursthouse & Pettigrove, 2016).
Traditionally, virtue ethics encompass the ideas of “virtues and vices, motives and moral character, moral education, moral wisdom or discernment, friendship and family relationships, a deep concept of happiness, the role of the emotions in our moral life and the fundamentally important questions of what sorts of persons we should be and how we should live” (Hursthouse & Pettigrove, 2016).  Virtue ethics are teleological in nature because they deal with human reason and the purpose of human existence (Frost, 1989).  They address “the goal of life: living well and achieving excellence” (Pojman & Fieser, 2017).
It’s important to separate “virtue ethics” from “virtue theory.”  Virtue ethics is an approach to ethics apart from utilitarianism and deontology.  Virtue theory addresses virtue as it is found in ethical systems (Hursthouse & Pettigrove, 2016).
Virtue theory is considered “action-based theory” (Pojman & Fieser, 2017) and calls on people to act virtuously by following certain rules.  People are judged by their actions and not whether they possess virtuous character traits.  Virtue theory is strong on action-guiding rules but weak on producing people with solid moral characters.
Virtue ethics, on the other hand, are founded on ancient Greek philosophy and include the concepts of arête (excellence), phronesis (practical wisdom), and eudaimonia (happiness, flourishing) (Hursthouse & Pettigrove, 2016).  Aristotle believed that humans are the “highest
creation,” endowed with the “spark of the divine” (Frost, 1989).  For him, the goal of life for humans is to achieve the highest self-realization (Frost, 1989).  He saw God as “pure intelligence . . . [and the] unifying principle of the universe” (Frost, 1989).  God is the reason that all things, including humans, strive for realization (Frost, 1989).  But humans “use reason in pursuit of the good life” (Pojman & Fieser, 2017).  This is what separates humans from animals.
A virtue is an inherent character trait that makes somebody “a certain sort of person” (Hursthouse & Pettigrove, 2016).  The virtuous person consistently behaves in a way that reflects his or her deepest-held convictions.  Virtuous does not mean perfect — even the most virtuous people have flaws.  But truly virtuous people, according to Aristotle, “do what they should without a struggle against contrary desires.  The continent have to control a desire or temptation to do otherwise” (Hursthouse & Pettigrove, 2016).  A virtuous person “does these things because he desires to do them from the depths of his own being” (Frost, 1989).  A virtuous person will not be tempted to do wrong.  He will do good because he is good (Pojman & Fieser, 2017).  The more “good” people who live in society, the more society benefits.
Phronesis is moral or practical wisdom (Hursthouse & Pettigrove, 2016).  Without wisdom to back up virtue, even the most virtuous people can use their virtue in the wrong way.  And they are held accountable when their actions go wrong.  Virtuous people have a firm understanding of situational ethics and apply their virtues accordingly (Hursthouse & Pettigrove, 2016).  But wisdom comes with experience, and moral virtues must be lived in order to be fully realized (Pojman & Fieser, 2017).  Some people will never develop wisdom, no matter how long they live.  Wisdom, common sense, and critical thinking skills cannot always be learned.
Aristotle placed emphasis on the Golden Mean — or moderation — which he considered the “rational attitude” (Frost, 1989).  Moderation leads to balance.  Living a moderate life develops “noble, just, honest, considerate” (Frost 1989) character traits.  But Aristotle also believed in free will.  People are “free to debase [themselves] or strive for self-realization” (Frost, 1989).  Therefore, it is not guaranteed that people will choose to become virtuous people or follow action-guiding rules.
According to Aristotle, “man is by nature a social animal” (Frost, 1989).  He can only flourish and achieve self-realization within the context of the state.  In fact, “the goal of the state . . . is to produce good citizens” and “to the extent that the state does not enable the individual to live a virtuous and happy life, it is evil” (Frost 1989).  If a person is unlucky enough to live in a country where human rights are not respected, it is unlikely that he will have the opportunity to achieve self-realization and live a happy life.
Although people can be born with good or bad character traits, Aristotle believed that “the aim of education should be to make people virtuous” (Frost, 1989).  But what traits make people virtuous? According to Pojman & Fieser, moral virtues include “honesty, benevolence, nonmalevolence, fairness, kindness, conscientiousness, gratitude.”  But this leads to a conundrum.  People with virtuous character traits must still be guided by action-guiding principles.   Otherwise, they have no parameters by which to act (Pojman & Fieser, 2017).  As philosopher William Frankena said, “Traits without principles are blind, but principles without traits are impotent” (Pojman & Fieser, 2017).
Conclusion
Action-guiding principles, as found in virtue theory, are uninspiring and do not produce people with inherent moral characters.  Virtue ethics, on the other hand, strive to produce people with strong moral characters but fail to provide guidelines to put those traits into action.  Virtue theory and virtue ethics must compromise and support one another in order to provide a complete moral system.
References
Frost, S.E. (1989). Basic teachings of the great philosophers. New York, NY: Anchor Books
Hursthouse, R., & Pettigrove, G. (2003). Virtue ethics. In E.N. Zalta (Ed.), The Stanford
encyclopedia of philosophy (winter 2016 ed.). Retrieved from
http://plato.stanford.edu/archives/win2016/entries/ethics-virtue/
Pojman, L.P., & Fieser, J. (2017). Ethics: Discovering right and wrong. Boston, MA:
Cengage Learning
Dawn Pisturino
March 2017
Mohave Community College
Kingman, Arizona
Copyright 2017 Dawn Pisturino. All Rights Reserved.
﻿
﻿
Posted by Dawn Pisturino at 6:21 PM