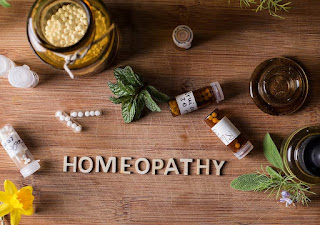 The young woman sitting in the chair before him wrung her hands nervously and began her story:

"I'm 28 years old, and I've been married for four years. Ever since my baby was born, I haven't felt right. The labor was normal, and my baby was born healthy." The young mother smiled. "But now, my menstrual periods are irregular and heavy, and I feel weak and exhausted. I can't eat or sleep, and I crave beer, even though I hate the stuff!"

Dr. Bidwell was tempted to interrupt, but remained silent, allowing the young woman to continue at her own pace.

"I perspire easily," she said, "and I get sick to my stomach if I get cold. Can you help me, doctor?" The young woman looked at him with eager eyes.

Dr. Bidwell examined the notes he had taken and consulted his homeopathic repertory. After much thought, he prescribed Cocculus indicus (Indian cockle), the homeopathic remedy which precisely matched all of the woman's symptoms. Within four months, she was completely cured.

The above scenario is based on an actual case recorded one hundred years ago by New York homeopathic physician Glen Bidwell.

What is Cocculus indicus, and how did it cure this woman?

Cocculus indicus is a climbing vine which contains a deadly poison called picrotoxin. It was once added to beer to magnify the effects of intoxication and used to reverse morphine overdose. Fishermen threw it into the water to stun fish and make them easier to catch.

Homeopathy allegedly works by stimulating the body's own natural ability to heal itself. Homeopathic medications are diluted and shaken to the point where little or no actual medicine remains. But somehow, they appear to work on the human body at a very deep level.

Researchers have not yet determined how homeopathic medicines work, therefore, they tend to dismiss homeopathy as quackery or attribute cures to the placebo effect (all in the mind.) But the latest theory may contain an element of truth. Some researchers now speculate that the method used to shake the medication causes an electromagnetic transference of medicine into the diluted solution.

Regardless of how homeopathy works, many studies have been done which show that homeopathic medicines definitely have some sort of therapeutic value.

Those interested in giving homeopathy a try should only consult a qualified physician trained in homeopathy.