Is Your House Sitting on an Ancient Gas Line Ready to Explode? 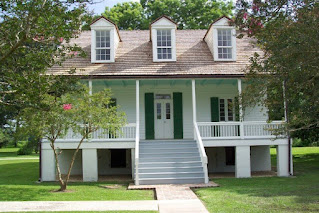 Richard Williams lived in an historic home in Shreveport, Louisiana. The home – and the cast iron natural gas main supplying the home – were built in 1911. The pipe cracked in 2016, allowing the gas to accumulate in a storage shed behind the home. Williams investigated a strong odor of gas in his backyard – with a lit cigar in his mouth – and the subsequent explosion killed him (Wooten & Korte, 2018).

An Internet search will reveal numerous natural gas explosions which have occurred over the last few decades as a result of ancient and faulty pipes. Since 1990, approximately 264 people have died due to natural gas accidents (Wooten & Korte, 2018).

In 1991, the U.S. Department of Transportation’s Pipeline and Hazardous Materials Safety Administration began a program to mandate pipeline operators to replace cast iron natural gas pipes and to protect existing pipes from excavation. This has been a slow process because “the work is expensive, often difficult, and sometimes perilous” (Wooten & Korte, 2018).

Richard Williams and his neighbors had complained for a year about a terrible gas smell in the neighborhood. When Centerpoint Energy finally came out and fixed the service line which was connected to the gas main and the meter, they neglected to fill in the hole they had dug. The pipe began to leak again, and this was later attributed to “improper backfill” (Wooten & Korte, 2018) of the hole. Williams’ brother, a lawyer, contends that Centerpoint Energy and the city of Shreveport are at fault because they “were negligent in maintaining the gas pipes . . . [and it was] Centerpoint’s choice not to remove dangerous cast iron pipes from its system, even though Centerpoint knew just how deadly they were” (Wooten & Korte, 2018).

Why are cast iron pipes so dangerous? Cast iron is vulnerable to graphitization, which makes the metal more brittle. Any kind of earth movement can cause the pipe to crack and start leaking. Furthermore, “cast iron pipelines were linked using bell and spigot joints with packing material stuffed in the bell to form a gas tight seal” (U.S. Department of Transportation, 2020). When dry gas replaced wet manufactured gas, the packing material dried out, causing leakage. Operators have used clamping and encapsulation to repair these joint leaks, but repairs do not solve the problem. Cast iron pipes – and other ancient pipes – need to be replaced altogether (U.S. Department of Transportation, 2020).

According to Wooten and Korte, “more than 53,000 miles of natural gas mains were built before 1940 . . . Decades of freezing and thawing, corrosion, vibration, and shifting soil can eat away at the cast iron and untreated steel pipes that were once the state of the art in natural gas distribution” (Wooten & Korte, 2018).

Other causes can include excavations by workers or homeowners; incorrectly installed pipes; incorrectly jointed pipes – and it can take years for the problem to become apparent and reach crisis dimensions. Approximately 85,000 miles of cast iron pipes and bare-steel pipes remain in service, posing a hidden danger to humans and structures alike (Wooten & Korte, 2018).

NOTE: This is the kind of national infrastructure that Joe Biden and the Democrats should be concentrating on instead of playing politics with people's lives and spending trillions of dollars on nonsensical wish list projects.

Posted by Dawn Pisturino at 10:08 AM No comments:

Finding Comfort in the 23rd Psalm 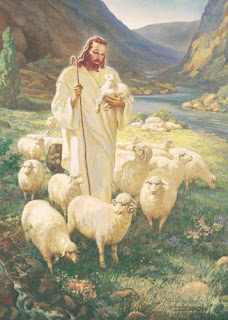 Psalm 23 is one of the most beautiful and lyrical verses in the Bible. Scholars believe it was composed by King David more than 2,500 years ago. David was a shepherd who loved God and often sang songs to the Lord while tending his sheep. Psalm 23 is a love song to the Lord filled with gratitude, hope, and faith in the constancy of God's love. It is a poetic meditation reflecting on the power of God's protection in the face of adversity. Most of all, it is a vivid portrait of the natural world, our humble place in nature, and God's role as Supreme Master of the Universe. Reading this psalm and contemplating its message brings an inner feeling of comfort, peace, and joy.

The Lord is my shepherd; I shall not want.

He maketh me to lie down in green pastures: He leadeth me beside the still waters.

He restoreth my soul: he leadeth me in the paths of righteousness for His name's sake.

Yea, though I walk through the valley of the shadow of death, I will fear no evil: for Thou art with me; Thy rod and Thy staff they comfort me.

Thou preparest a table before me in the presence of mine enemies: Thou anoinest my head with oil; my cup runneth over.

Surely goodness and mercy shall follow me all the days of my life: and I will dwell in the house of the Lord for ever.

Yahweh is my shepherd,

In meadows of green grass he lets me lie.

To the waters of repose he leads me;

there he revives my soul.

He guides me by paths of virtue

for the sake of his name.

Though I pass through a gloomy valley,

I fear no harm;

beside me your rod and your staff

are there, to hearten me.

You prepare a table before me

under the eyes of my enemies;

you anoint my head with oil,

my cup brims over.

Ah, how goodness and kindness pursue me,

every day of my life;

my home, the house of Yahweh,

as long as I live!

Posted by Dawn Pisturino at 9:27 AM No comments: