The Wisdom of Emily Dickinson 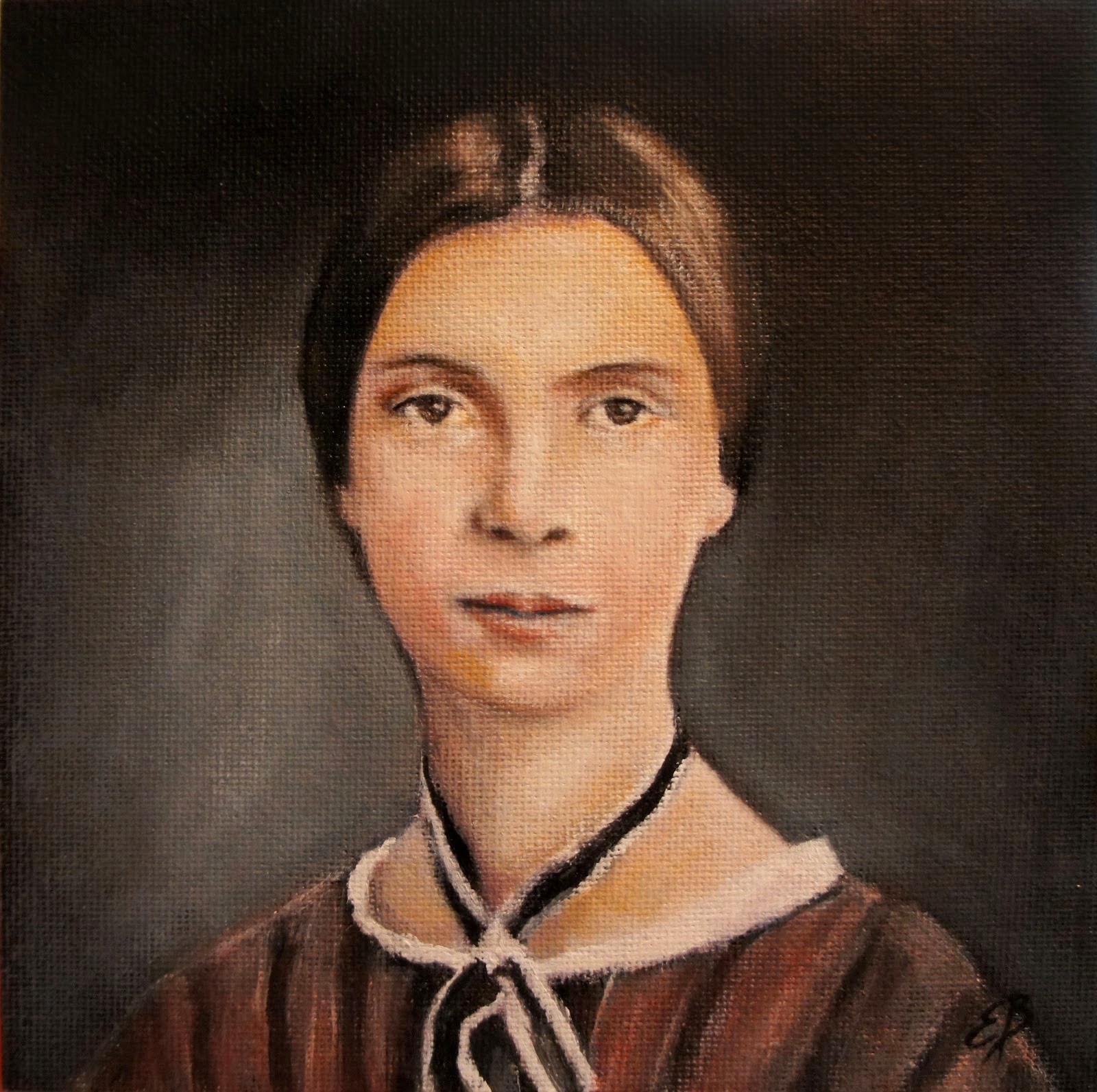 Painting by Elizabeth Barrett
http://fineartamerica.com/profiles/elizabethbarrett.html
THE BRAIN -- IS WIDER THAN THE SKY
The Brain -- is wider than the Sky --
For -- put them side by side --
The one the other will contain
With ease -- and You -- beside --
The Brain is deeper than the sea --
For -- hold them -- Blue to Blue --
The one the other will absorb --
As Sponges -- Buckets -- do --
The Brain is just the weight of God --
For -- Heft them -- Pound for Pound --
And they will differ -- if they do --
As Syllable from Sound --
I'M NOBODY -- WHO ARE YOU?
I'm Nobody! Who are you?
Are you -- Nobody -- too?
Then there's a pair of us!
Don't tell! they'd banish us -- you know!
How dreary -- to be -- Somebody!
How public -- like a Frog --
To tell your name -- the livelong June --
To an admiring Bog!
A WORD IS DEAD
A word is dead
When it is said,
Some say.
I say it just
Begins to live
That day.
IN THIS SHORT LIFE
In this short Life
That only lasts an hour
How much -- how little -- is
Within our power.
I TOOK ONE DRAUGHT OF LIFE
I took one Draught of Life --
I'll tell you what I paid --
Precisely an existence --
The market price, they said.
They weighed me, Dust by Dust --
They balanced Film with Film,
They handed me my Being's worth --
A single Dram of Heaven!
Emily Dickinson

BIO: Born December 10, 1830 in Amherst, Massachusetts, Emily Dickinson was regarded by the people around her as an introverted, reclusive eccentric who wore white clothing and declined to interact with the outside world. After her death on May 15, 1886, scholars, as well as the general public, became more aware of her short, simple, yet emphatic poems, so that today she is viewed as one of America's most important poets.
﻿
Posted by Dawn Pisturino at 7:28 PM