Sociopath vs. Psychopath: What's the Difference? 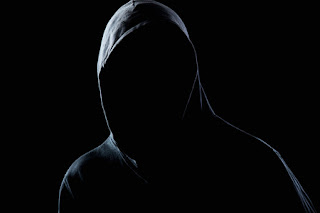 This explanation of sociopath vs. psychopath comes from a class I took. "Psychopath" is a term used mostly in criminal justice. Many people have fallen prey to sociopaths and psychopaths, which is why it is important to recognize that these types of people exist in society.

"The fifth edition of the Diagnostic and Statistical Manual of Mental Disorders (DSM-5), released by the American Psychiatric Association in 2013, lists both sociopathy and psychopathy under the heading of Antisocial Personality Disorders (ASPD). These disorders share many common behavioral traits which lead to the confusion between them. Key traits that sociopaths and psychopaths share include:

"Sociopaths tend to be nervous and easily agitated. They are volatile and prone to emotional outbursts, including fits of rage. They are likely to be uneducated and live on the fringes of society, unable to hold down a steady job or stay in one place for very long. It is difficult but not impossible for sociopaths to form attachments with others.  In the eyes of others, sociopaths will appear to be very disturbed. Any crimes committed by a sociopath, including murder, will tend to be haphazard, disorganized and spontaneous rather than planned."

"Psychopaths are unable to form emotional attachments or feel real empathy with others, although they often have disarming or even charming personalities. Psychopaths are very manipulative and can easily gain people’s trust. They learn to mimic emotions, despite their inability to actually feel them, and will appear normal to unsuspecting people. Psychopaths are often well educated and hold steady jobs. Some are so good at manipulation and mimicry that they have families and other long-term relationships without those around them ever suspecting their true nature."

NOTE: There is no cure for these disorders, and medication does not work.

Posted by Dawn Pisturino at 8:32 AM