Is the Qu'ran a Miracle from God? 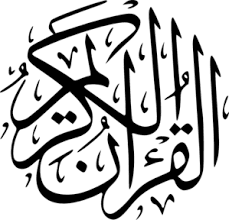 The Qur’an (recitation) is considered a miracle by Muslims because it was revealed in perfect classical Arabic (fusha t-turath) to an illiterate (ummi) Arabic man, Muhammad ibn Abdallah, in 610 A.D.  The Qur’an itself challenges disbelievers to create something similar in Surah 17:88: “Say: ‘If the mankind and the jinn were together to produce the like of this Qur’an, they could not produce the like thereof, even if they helped one another’” (Al-Hilali and Khan, 365).

The Qur’an is so miraculous it proves to Muslims that Muhammad was a messenger (rasul) of Allah (God). The Qur’an discusses revelations given to prophets from Adam to Muhammad, and Muhammad is, therefore, considered the last Prophet of God (the Seal of the Prophets). The Qur’an is also viewed as a superior example of classical Arabic literature and the first Arabic book (https://www.al-islam.org/al-serat/vol-14-no1-spring-1988/islam-quran-and-arabic-literature-elsayed-m-h-omran/islam-quran-and). According to Egyptian Arabic teacher Hussein Moussa, “Quranic Arabic is a more eloquent form of fusha (classical Arabic). The equivalent in English is Shakespearean English . . .” (https://www.quora.com/How-different-is-Quranic-Arabic-from-modern-Arabic-language-Which-one-should-I-learn).

The Qur’an is inseparable from Arabic in the same way that Muhammad is inseparable from the Qur’an. All the daily prayers are uttered in classical Arabic. A Muslim’s entire life revolves around the Arabic roots of the Qur’an, no matter which language he or she speaks. In fact, it has been said that the only true words of Allah are found in the Arabic Qur’an.

“Arabic is a delicate language where even the slightest mispronunciation can drastically alter the meaning of a word” (https://www.arabacademy.com/islamic-arabic). Therefore, translating the Qur’an into other languages can alter its meaning entirely. All Muslims are strongly encouraged to learn Qur’anic Arabic in order to discover the true meaning of the Qur’an.

The Arab tribes in pre-Islamic Arabia were devoted to reciting poetry and passing down oral traditions. In fact, “pre-Islamic Arabs took great pride in their language and in articulate and accurate speech, the latter being one of the main requisites for social prominence”) (https://www.al-islam.org/al-serat/vol-14-no1-spring-1988/islam-quran-and-arabic-literature-elsayed-m-h-omran/islam-quran-and).

Muhammad’s oral revelations would have seemed astounding to the people of Mecca. And when the Angel Gabriel ordered him to “Recite” in Surah 96 (Al-Hilali and Khan, 779), Muhammad was following a long-standing tradition of the Arab tribes. The language of the Qur’an is considered so beautiful and unique that “no human speech can match the Quran and its content and form” (https://en.wikipedia.org/wiki/Quran).

Tajwid is the “art of Quran recitation” (http://www.oxfordislamicstudies.com/article/opr/t125/e2317). Tajwid determines how each syllable of the Qur’an is pronounced in Arabic; how long and short pauses are placed; whether letters are sounded together or separate; how consonants and vowels are pronounced; and the art of recitation using musical and poetic expression. Diacritical markings (tashkil) on the Arabic letters indicate where and when to use these rules. Tajwid is to recited Arabic what elocution is to classical singers.

Early in his prophethood, Muhammad captivated listeners with the beauty and power of Qur’anic language. “Many were converted [to Islam] on the spot, believing that God alone could account for the extraordinary beauty of the language” (Armstrong 145). Converts who memorized and recited the Qur’an were “interiorizing the inner rhythms, sound patterns, and textual dynamics – taking it to heart in the deepest manner” (Sells 11).

The Qur’an’s message, above all else, is the supremacy and oneness (tawhid) of God (Allah). All humans are dependent on the will of Allah. It was Allah’s will to create humans, and it will be Allah’s will to determine when humans die and resurrect.

The second most important message in the Qur’an is the coming Day of Judgment, when all humans will be judged according to their actions. The earth will be thrown into upheaval and chaos. A spiritual battle will ensue between Satan and God, and Jesus and the Mahdi will re-appear (http://www.oxfordislamicstudies.com/article/opr/t125/e513).

Muhammad’s role as Prophet was to be Allah’s messenger and the interpreter of Allah’s revelations (http://www.al-islam.org). Over 23 years, Muhammad revealed important guidelines about daily life, social justice and law, and reverence for God. He laid the foundation for the basic tenets of Islam—the Five Pillars of Islam and the Six Pillars of Faith—which were later formalized in the Hadith of Gabriel (Esposito 77-88). His revelations continually reminded people (dhikr) to do the things loved by Allah. After his death, the teachings of the Qur’an and the way of life exemplified by Muhammad and his Companions came to be known as the sunna. Later on, these were supplemented by verified sayings and events of the Prophet remembered by others (hadith). Altogether, these three components formed the basis of Islamic law (sharia) (http://www.oxfordbibliographies,com/view/document/obo-9780195390155/0b0-9780195390155-9983.xml).

The exoteric (outer – tafsir) literal meaning of the Qur’an is enhanced by an esoteric (inner – ta’wil) experience of the Qur’an. But this experience and interpretation must only be done by qualified individuals, according to Surah 3:7 in the Qur’an (Al-Hilali and Khan, 75). Sufism is the esoteric branch of Islam and relies heavily on mysticism and “the ancient wisdom of the heart” (https://goldensufis.org/a_meditation_of_heart.html). Early Sufis identified so completely with Allah that many were executed for blasphemy. A well-known Sufi was the poet Rumi, who incorporated ayahs (verses) from the Qur’an into his Persian poetry.

Internet Sources – incorporated into the body of the post

Posted by Dawn Pisturino at 6:50 AM