What is the Role of the Prophet Muhammad in Islam? 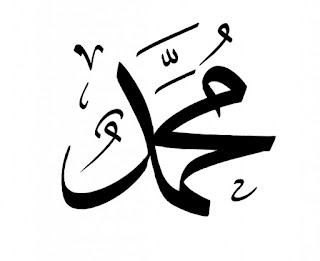 In the Qur’an, all of life belongs to Allah; and all believers owe their allegiance to Allah above all else (including family, clan, and country). The Prophet Muhammad never claimed to be anything more than a human being and the messenger of Allah. This places all the emphasis on Allah and away from his human representatives on earth.

Over the centuries, the Prophet Muhammad has been mythologized in many ways. A good example of this is the 16th century book, The Path of Muhammad by Sufi mystic Imam Birgivi, which assigned magical and supernatural powers to the Prophet.

But this is a departure from Muhammad’s original intent. The Qur’an clearly states in Surah 9:18 that “the Mosques of Allah shall be maintained only by those who believe in Allah and the Last Day; perform As-Salat (Iqamat-as-Salat) [daily prayers], and give Zakat [charitable alms] and fear none but Allah. It is they who are on true guidance” (Al-Hilali and Khan, 241). Any believer, therefore, who is sincere in his beliefs and actions can be a religious leader in Islam. Nowadays, however, it is more common for religious scholars to manage mosques and act as imams (religious leaders).

The mosque in my community, for example, was built by a local physician who was also an imam in his native country of Pakistan. He hired a religious scholar from Pakistan to be the full-time manager and imam, but he retains total control over the mosque. His control moderates how far the imam can go in conveying orthodox/unorthodox beliefs to the community. When the imam announced one Friday that all Muslims who do not pray the five daily prayers should be killed (an announcement that shocked this westernized community), his fundamentalism was quickly squashed, and he returned to Pakistan a few months later. As a result of this shocking pronouncement, I suspended my visits to the mosque.

Political power has always been important in Islamic history to protect the Islamic community and spread Islamic beliefs (Esposito 60). Muhammad established the first Islamic political state in Yathrib, which was later called Medina. Many Arabs in the town were open to new ideas (Salahi 183-184) and converted to Islam. But the town was also split by internal disagreements and opposing groups. Eventually, a delegation from the town “invited [the Prophet] to come to Yathrib as arbiter of their disputes and de facto ruler of the town” (Esposito 8-9). Muslims from Mecca migrated to Medina, with Muhammad following them in 622.

The Quraysh in Mecca continued to oppose Muhammad and his followers, which led to more persecution and warfare between the two groups. It is during this time that Muhammad’s first revelations about jihad (holy war) appeared in Surah 2:190-191: “And fight in the way of Allah those who fight you . . . And kill them wherever you find them, and turn them out from where they have turned you out . . . But if they attack you, then kill them. Such is the recompense of the disbelievers” (Al-Hilali and Khan, 47).

Later, when pagan, Jewish, and Christian communities were conquered by Muhammad’s armies and refused to convert to Islam, more revelations about jihad appeared in Surah 9:29: “Fight against those who (1) believe not in Allah, (2) nor in the Last Day, (3) nor forbid that which has been forbidden by Allah and His Messenger (4) and those who acknowledge not the religion of truth (i.e. Islam) among the people of the Scripture (Jews and Christians) until they pay the Jizyah [protection tax levied by the Islamic state] with willing submission, and feel themselves subdued” (Al-Hilali and Khan, 243).

By the time of Muhammad’s death in 632, all of western Arabia was under his control (Esposito 10).

Muhammad’s death left a leadership vacuum which led to a major political schism in Islam that still persists today. Passages in the Qur’an can be vague and contradictory – open to many interpretations. And traditional reports of sayings and events attributed to the Prophet (hadith) are not always reliable. Such is the case concerning Muhammad’s successor.

“Abu Bakr, Muhammad’s close friend, was elected by the majority, but some believed that he would have wanted Ali ibn Abi Talib, his cousin and son-in-law, to be his successor (kalipha)” (Armstrong 158). This belief was rooted in the events which reportedly happened at Ghadir Khumm on March 10, 632. While returning from Hajj, the Prophet Muhammad stopped his caravan at Ghadir Khumm and gave one of his last great speeches. He honored his son-in-law, Ali, by saying, “One who has me as his master has Ali as his master” (Tahir-ul-Qadri 17). Muhammad referred to his son-in-law as mawla, which has many meanings but generally translates as “friend” or “helper.” This is how Sunni (mainstream) Muslims interpreted what he meant. But the supporters of Ali interpreted this to mean that the Prophet was giving absolute authority to Ali. A permanent political split occurred between Sunnis and Shiites (supporters of Ali) which lasts to this day. Violent clashes and competition for territory and believers broke out, which resulted in the death of Ali’s grandson, Husayn ibn Ali, by the Ummayad Caliph Yazid in 680 in the territory that now comprises Iraq (Armstrong 158-159). Shiites still regard Husayn as a martyr and honor his death every year. Sunnis and Shiites still fight over political leadership and territory. Iran, a Shiite country, remains in conflict with Sunni Saudi Arabia. And the goal to spread Islam around the world is still alive and well.

The unifying power of Islam, however, is the concept of ummah (community). Every member of the community acts as one body to worship Allah and create a just and equal social order. There is no separation between Allah and the “tribe.” A Muslim’s duty is, therefore, both theological and social, as one evolves from the other.